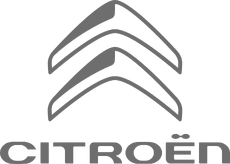 Citroën is a French car manufacturer founded in 1919 by the French industrialist André-Gustave Citroën, and part of the PSA Peugeot Citroën group since 1976.

Founded in 1919 by French industrialist André-Gustave Citroën (1878–1935), Citroën was the first mass-production car company outside the USA and pioneered the modern concept of creating a sales and services network that complements the motor car. Within eight years Citroën had become Europe's largest car manufacturer and the 4th largest in the world. Citroën earned a reputation for innovation and revolutionary engineering, which is reflected in the company's slogan "Créative Technologie". Its history of innovation began with its founding, when André-Gustave Citroën introduced the first industrial mass production of vehicles outside the United States, a technique he developed while mass-producing armaments for the French military in World War I. In 1924, Citroën produced Europe’s first all-steel-bodied car, the B10.

Citroën has been selling vehicles in China since 1984, and it represents a major market for the brand today, largely via the Dongfeng Peugeot-Citroën joint venture. In 2014, when PSA Peugeot Citroën ran into severe financial difficulties, the Dongfeng Motor Corporation took an ownership stake.

The brand celebrated its 90th Anniversary in 2009.