This article is about the gameplay element. For the mathematical background, see Daily Tasks (stochastic process).

Daily Tasks is a game element of Asphalt 8: Airborne introduced in the Enduro Update. It consists, as the name suggests, of a series of actions to perform within 24 hours.

Daily Tasks were removed in the Eighth Anniversary Update.

Credits button or the top-right icon in the pause screen. When the task is completed, a notification in the bottom center of the screen is displayed. The reward is delivered when you return to the home screen. The Daily Tasks are random and individual for each user.

If a daily task doesn't suit the user, for instance, because they don't own a car of the brand required, a new task can be requested using the green refresh arrow next to the TAP TO GO button. The refresh process takes 2 hours to finish.

There are 3 categories of Daily Tasks:

The current possible rewards are:

The bar chart to the right shows the merged data of all periods starting with the 2019 Spring Update. See Daily Tasks (stochastic process) for further details.

The task shown in this category can be performed anywhere in the game, such as in Career Mode or Moto Blitz, and despite its name, some tasks do not involve the use of vehicles at all.

Certain tasks may also include one of the following additional conditions:

The same kind of actions as with cars, but to be performed in Events:

Generally actions linked to a certain class or brand, to be performed in World Series (now Multiplayer League):

Introduced in the 2018 Spring Update, completing Daily Tasks now counts towards a Streak Reward. Completing the streak requires 12 Tasks to be completed consecutively. Upon the introduction of the streak feature, players were rewarded the

Enhanced Shuffle Box or the

Super Split BP Box † once. After that, the rewards have been replaced by Compact Shuffle or Split Boxes:

As of the Fast Lane Update, completing a streak now rewards

100 instead of a box, so the Compact Shuffle and Split Box can be regarded as (temporarily) discontinued as there is no other way to obtain them.

A total of 30 quests are introduced as part of the 5th Anniversary event in the Fifth Anniversary Update. Unlike regular Daily Tasks, each of the 30 Anniversary Quests has 3 levels to complete and award Anniversary Coins when a level is completed. Completing all 90 quests awards a total of

This concept would later be brought over to every subsequent festival event, up to the Lamborghini Terzo Millennio (Festival). 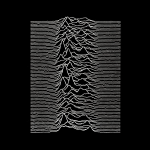 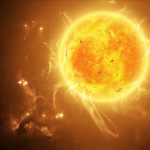 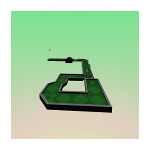