San Diego Harbor Update (v1.6.0)
The Dubai Update is an update added in the v1.5.0 version of Asphalt 8: Airborne. It was released in August 2014. The Dubai track returned, and another new feature includes a special new Career Mode season.

The following text was published on the Apple Store:

Tear up the asphalt with this brand-new and exciting update, and leave your rivals in the dust! 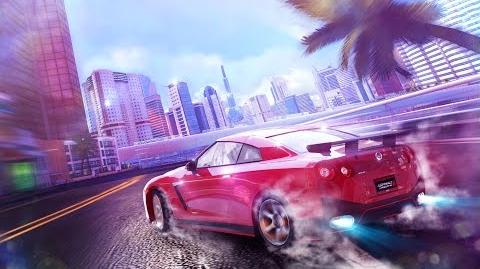