The Eighth Anniversary Update is the 50th update of Asphalt 8: Airborne.

Asphalt 8: Airborne is celebrating its 8th anniversary! To mark this momentous milestone, we've prepared an equally momentous update, with special time-limited events, fashionable new features, and a completely overhauled look for the game!

8th ANNIVERSARY CELEBRATION
We want to thank all of the players who've made these 8 years as exhilirating and as fun as possible. So, we're hosting a series of 8th-Anniversary events and a special Festival where the prize is a limited-edition anniversary Bugatti Bolide!

RACER AVATARS ARRIVE
At last, players can create their own customisable Racer Avatar! There are loads of clothes, costumes and accessories to discover, so mix-and-match however you want to really let your unique style shine!

SHINY NEW UI
We've revamped the game inside and out, so a new user interface was essential. Enjoy the completely new look and feel, with even more improvements to come just 'round the bend.

The new cars will need the following cards:

A sub-update was released on October 5, 2021 and made the following changes: 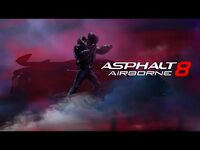 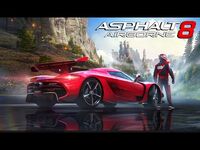