Asphalt Wiki
Register
Don't have an account?
Sign In
in: Locations, United States of America, North America,
and 2 more

It only appears in the Java version of Urban GT 2.

This track mostly consists of S-bends. A sharp S-bend has to be navigated before entering the downtown section of the track that has shallow corners and nitro pickups. In the hill section, a sharp corner connects to a tunnel that leads to the start/finish line.

The track's sections consist of a beachside road, the Los Angeles River, and Hollywood Hills. The beachside section starts two quick turns before a short straightaway, a long curve and ends a jump into the river section. The second section has two straightaways, a medium curve and another jump into the hill section. The third section has multiple long and medium curves. The shortcut for the third section is a straight route with a speed boost while the main path is a long curve with nitro bottles and a cash pickup. The hill section ends with a long curve that has a jump built into it and a short straightaway to the start/finish line.

The Java version has the same layout as its Aspahlt 4 counterpart, but with visual improvements.

The track is identical in layout but has additional visual detail for the track's scenery and an additional shortcut in the third section. 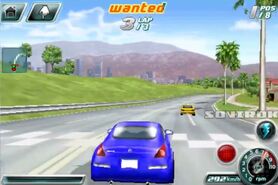 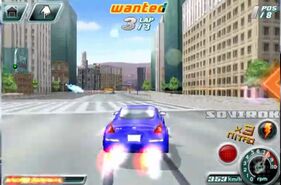 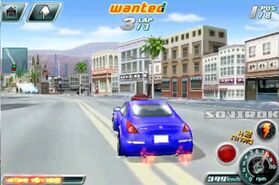 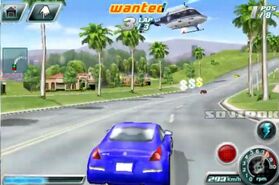 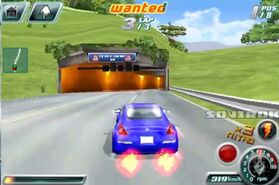 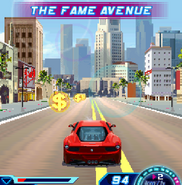 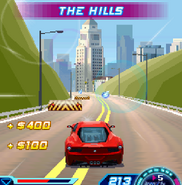 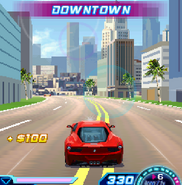