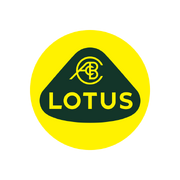 Lotus is a British manufacturer of sports and racing cars.

Lotus Cars is a British manufacturer of sports and racing cars, famous for its Esprit, Elan, Europa and Elise sports cars and for the highly successful Team Lotus in Formula 1. Lotus Cars is based at the former site of RAF Hethel, a World War II airfield in Norfolk. The company designs and builds race and production automobiles of light weight and fine handling characteristics. It also owns the engineering consultancy Lotus Engineering, which has facilities in the United Kingdom, United States, Malaysia and China.

Lotus is owned by DRB-HICOM through its subsidiary Proton, which acquired it following the bankruptcy of former owner Romano Artioli in 1996.

The firm appeared in two out of 25 James Bond films, and the cars featured are three Lotus Esprit S1s (one from The Spy Who Loved Me and two in For Your Eyes Only). The marque formerly competed in Formula One, and during the team's heyday, chairman Colin Chapman introduced ground effect cars.