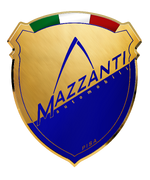 Mazzanti Automobili is an Italian company that produces handcrafted high performance cars. It was founded in 2002 by Luca Mazzanti and Walter Faralli as Faralli & Mazzanti.

Luca Mazzanti, founder and owner of Mazzanti Automobili, was born in 1974. His vast background derives primary from the true passion he has had since always. His experience and know-how were formed with Luca’s career as body shop mechanic, as expert in realizing race cars  and restorer of prestigious historic cars. Moreover, he participated to internationally and nationally well-known races, with historic sport-prototypes, personally restored. At a later stage, Luca Mazzanti narrows down his career producing several “one-off” model, like the Antas, characterized by extremely personal styles and entirely handmade; these will be the bases for his current activity.

The experience and the competences of Luca Mazzanti, who is working in the Automotive sector for more than twenty-five years, result in the top quality and in the extreme care of the details, proper of each of the exclusive products made by Mazzanti Automobili. Following this strong philosophy, in the first years of the new millennium, Luca Mazzanti, only for an initial phase with a partner, realized his dream of becoming one of the few independent Supercar manufacture all over the world. The brand Mazzanti Automobili is well-known and highly-appreciated globally, besides being a solid and competent reality in the excellence niche of the Automotive sector for more than thirteen years. The prestige and the fame are the natural consequence of the credibility acquired during the years, presenting always real and concrete products. Evantra, the tailor-made supercar, is the cohesion of all these more than positive characteristics.

The mission of Mazzanti Automobili is to bring back the automobile to its role of protagonist, especially nowadays, where market trends dominate genius and creativity. Each  of the Supercar of Mazzanti Automobili is characterized by a strong personality, moved by the true passion. The artisanal conception of the company results in the production of masterpieces with a top level of quality and care of every detail, without compromises. Mazzanti Automobili makes the dreams of the most exigent car lovers becoming reality, thanks to the extreme degree of personalization available; thus, each exemplar is a unique object, specifically built around its owner.