The track consists of a medium corner at the start, followed by a C curve and an S-bend with nitro pickups that leads to the urban area. Several shallow corners and a tunnel with a medium right turn connects to a harbor section and the start/finish line.

Monte Carlo has long straights with 2 large shortcuts and three hairpin curves in the middle section of the track. See Azure Coast for more details. 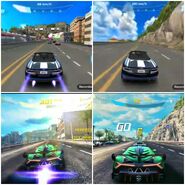 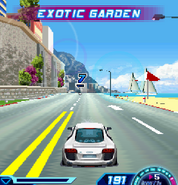 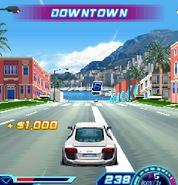 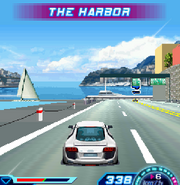