Nassau is the capital and commercial centre of the Commonwealth of the Bahamas. The city has an estimated population of 274,400 as of 2016, just over 70% of the population of the country (≈391,000). The city is located on the island of New Providence, which functions much like a business district. Nassau is the site of the House of Assembly and various judicial departments and was considered historically to be a stronghold of pirates. The city was named in honour of William III of England, Prince of Orange-Nassau.

Lots of vacation sites and beaches are seen on the track,especially an aquarium which is similar to Dubai in Asphalt 8 after entering the Mayan Pyramid.

The track is identical in layout but has additional shortcuts and visual detail for the track's scenery.

A Nissan 370Z NISMO driving through the aquarium 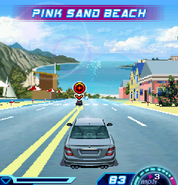 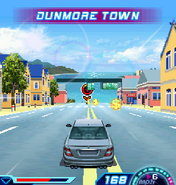 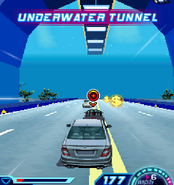 Bahamas BG
Add a photo to this gallery

Retrieved from "https://asphalt.fandom.com/wiki/Nassau?oldid=409683"
Community content is available under CC-BY-SA unless otherwise noted.