Rome is the fourth most populous city in the European Union within city limits with its population of 2,872,800 residents. Rome was first founded at around 753 BC, making it one of the oldest occupied sites in Europe. Rome is the most popular tourist attraction in Italy and in 2016 was ranked 3rd most visited in the European Union. Rome is located in the central-western part of the Italian Peninsula along the shores of the Tiber.

This track mostly centers the city. Consist a corner at the start, a straightaway passing the triumphal arc, a hairpin with a flat S bend at the market and a swallow curve before the start/finish line.

The track is identical in layout to its Asphalt 3 version. 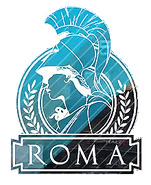