The track consider as a simple track. It starts at the exit of the tunnel. Players need to face a S bend with a shortcut after the start at the harbour area, then a straightaway with ramps downwards in the downtown area. A hairpin will soon reached after passing through the second tram that lends to the dockyard. Pass through a swallow that headwards the tunnel with a easy curve and the start/finish line.

This track centers the harbour area of the city. It consists a mid size curve at the beginning with nitro pickups, an S-bend with traffic and cash pickups at the downtown area. After crossing the downtown area, player need to cross the Golden Gate Bridge and enter the tunnel to finish the race.

The track is the same as the older version.

Similar to U.S. Midwest, variants of San Francisco has a moving train that has to be dodged. The Golden Gate Bridge can be seen in multiple track variants. 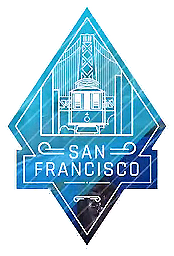 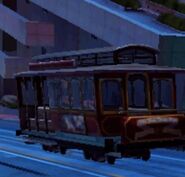 The start line background for a Grand Prix Event (Stage 3)

An island in the background (Possibly the Alcatraz Prison) 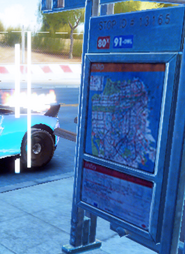 Broken signs in the tunnel 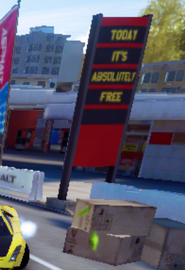