Shanghai (上海) is the second largest city in China by population, with more than 24 million people living there. Shanghai lies on the south edge of the Yangtze estuary. Shanghai borders Jiangsu and Zhejiang to the north, south, and west and the East China Sea to the east. Because of favorable port locations and economic potential, Shanghai grew to importance in the 19th century. Shanghai has the world's busiest container port, which is located in the Yangtze River Delta.

The track having the most twisty curves in the gameplay. It consists a U bend before crossing the bridge , a variety of sharp curves appeared before reaching the finish line. No shortcuts avaliable and cash pickups were seen on the curves.

Similar to its previous rendition, Shanghai has multiple sharp corners but uses a different layout and does not have a spiral.

Shanghai now has a more simplistic layout than previous versions and has multiple shortcuts, straightaways and changes in elevation.

An RUF RGT approach the tunnel after crossing the streets

Traditional chinese streets,which is a part of the race track and the dangerous section (Traffics). 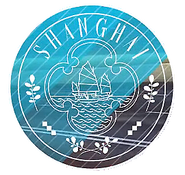 A Nissan 370Z Nismo crossing a pedestrian tunnel (人民广场) in the Paris of the East layout.

Blue laser highway on the right, similar to Asphalt 7 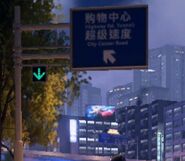 A Chinese bus as traffic obstacle 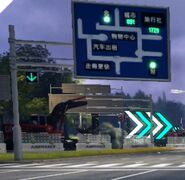 Shanghai Metro on the pedestrian tunnel

The start line background for a Grand Prix Event (Stage 4)