Svalbard (/ˈsvɑːlbɑːr/ SVAHL-bar, Urban East Norwegian: [ˈsvɑ̂ːlbɑr] prior to 1925 known as Spitsbergen, or Spitzbergen) is a Norwegian archipelago in the Arctic Ocean. Situated north of mainland Europe, it is about midway between continental Norway and the North Pole. The islands of the group range from 74° to 81° north latitude, and from 10° to 35° east longitude. The largest island is Spitsbergen, followed by Nordaustlandet and Edgeøya. 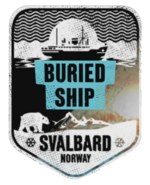