3.433 mi (5.527 km) long, the Tenerife tracks have different starting points from their reverse counterparts. The Tenerife tracks are very twisty, even featuring a very quick series of hairpin turns similar to those in Iceland and Azure Coast. On top of that, the Tenerife tracks also have a lot of shortcuts and alternate routes, as well as a lot of ramps, steep slopes, and beautiful scenic views, including Mount Teide, Teide National Park, Valle de la Orotava, Teide Observatory, El Médano, and Cueva del Viento. The Dracaena draco (Dragon tree) can also be seen. 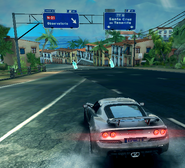 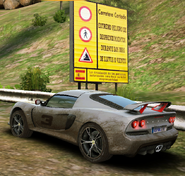 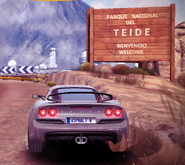 A Mercedes-AMG C 63 Coupe Touring Car 2014 after a race in Dragon Tree.
Add a photo to this gallery

A Devel Sixteen Prototype after a race in Mount Teide, at the seaside village.
Add a photo to this gallery

A McLaren P1™ GTR after a race in Cloud Nine.
Add a photo to this gallery 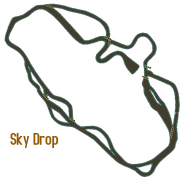 A TRION NEMESIS after a race in Sky Drop.
Add a photo to this gallery

Retrieved from "https://asphalt.fandom.com/wiki/Tenerife?oldid=370335"
Community content is available under CC-BY-SA unless otherwise noted.