The Caribbean is a region of the Americas that consists of the Caribbean sea and its islands. It features more than 700 islands, islets, reefs and cays. The islands are recognized as a subregion of North America and are organized into 30 different territories

The Caribbean is one of the playable locations in Asphalt 9: Legends, It was added in the Caribbean Update.

A DS E-TENSE jumping through a roller coaster

Another view of the rollercoaster 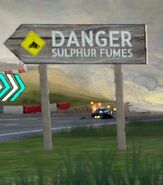 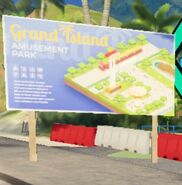