Asphalt 8: Airborne
The Great Wall, also known as The Great Wall of China (Traditional Chinese: 長城 or 萬里長城; Simplified Chinese: 长城 or 万里长城), is a series of fortifications made of stone, brick, tamped earth, wood, and other materials, generally built along an east-to-west line across the historical northern borders of China to protect the Chinese states and empires against the raids and invasions of the various nomadic groups of the Eurasian Steppe. It also serves as one of the several tracks in the Asphalt series.

There are six tracks in The Great Wall:

The Great Wall tracks are 3.311 mi (5.327 km) long and run through caves, a town, up the wall, and through a festival area. Paper dragons can be seen flying around, and fireworks also go off if fireworks boxes are destroyed.

The following vehicles have their banners depicted in The Great Wall: 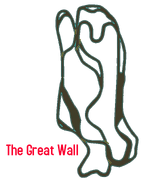 A Koenigsegg One:1 in The Great Wall's fireworks festival area.

The green sign reads 'Qiaochang Lu (Chinese : 侨场路)' which translates to 'Qiaochang Road'. The white sign has an image of a traffic officer and the text reads 'Don't Exceed Speed Limit'. 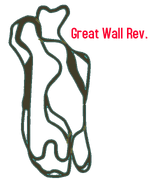 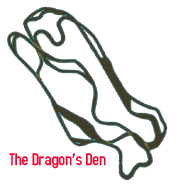 A McLaren P1 next to the dragon in The Dragon's Den.

A Holden Coupe 60 after a race in The Dragon's Den.

One of the dragons that can be found flying around various parts of the track. 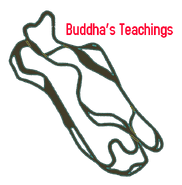 Start of race in Buddha's Teachings with two McLaren P1s.

The dragon from The Dragon's Den returns in Buddha's Teachings.

A Mercedes-Benz CLK GTR AMG having won an Elimination event in Buddha's Teachings. 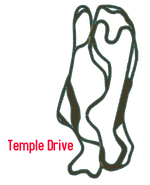 Start of race in Temple Drive with a Chevrolet Camaro GS.