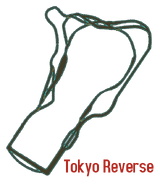 The track is identical in layout to the Asphalt 6 version but has additional shortcuts and visual detail for the track's scenery.

The race selection screen for Tokyo 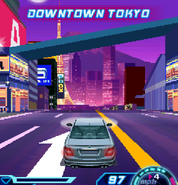 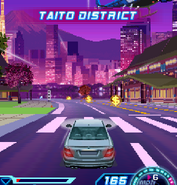 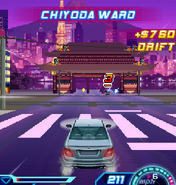