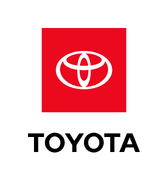 Toyota Motor Corporation is a Japanese automotive manufacturer headquartered in Toyota, Aichi, Japan. In 2013 the multinational corporation consisted of 333,498 employees worldwide and, as of November 2014, is the twelfth-largest company in the world by revenue. Toyota was the largest automobile manufacturer in 2012 (by production) ahead of the Volkswagen Group and General Motors. In July of that year, the company reported the production of its 200-millionth vehicle. Toyota is the world's first automobile manufacturer to produce more than 10 million vehicles per year. It did so in 2012 according to OICA, and in 2013 according to company data. As of July 2014, Toyota was the largest listed company in Japan by market capitalization (worth more than twice as much as #2-ranked SoftBank) and by revenue.

The company was founded by Kiichiro Toyoda in 1937 as a spinoff from his father's company Toyota Industries to create automobiles. Three years earlier, in 1934, while still a department of Toyota Industries, it created its first product, the Type A engine, and, in 1936, its first passenger car, the Toyota AA.

After the Motorcycles Update was launched, licensing issues emerged surrounding the company that prevented non-Japanese game developers from including their road cars in racing games that were released since the licensing issues started, therefore causing the Toyota Supra RZ (Mark IV) and Scion FR-S to become unavailable for purchase from the aforementioned update onwards. Toyota would later reveal that they do not support non-Japanese video games that have illegal street racing as gameplay.