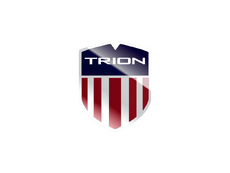 Trion Supercars is an American supercar manufacturer located in California, U.S. founded in 2012 by American automotive engineer Richard Patterson. The company is currently developing the "Nemesis", which is going to be their very first vehicle. The Nemesis will be offered in several different variations, in its most extreme form it is planned to be a 2000+ horsepower supercar, powered by a bespoke drivetrain, an American developed and built 552 cubic inch (9045ccm) quad-cam V8.

In July 2015, then little known California-based start-up Trion first unveiled the Nemesis as a full-scale concept model to the public, along with one of the intended drivetrains, much to the surprise of the automotive journals. It was originally intended for the car to enter production in 2018.