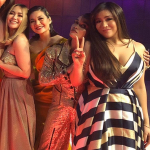 Hello everyone! I have been started playing Asphalt 8 on September 2013, but moved on to PH showbiz's female artists due to Vivendi's hostile takeover, which made Asphalt 8 full of money payments, and Gameloft greedy. I uninstalled the game when the Sixth Anniversary Update became mandatory.

Things i missed out on Asphalt 8

Best bargains i had

Most hated things about Asphalt 8

Cars/Motorcycles i will never get

Retrieved from "https://asphalt.fandom.com/wiki/User:Jskylinegtr?oldid=335930"
Community content is available under CC-BY-SA unless otherwise noted.