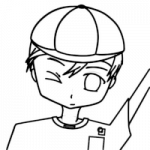 Why? I have completed the storyline and obtained all the boss cars.

Why? Excessive grinding required to continue, Online events are everything(no regard to original season events)

Why? Game retired, nothing to do other than the extra events

Retrieved from "https://asphalt.fandom.com/wiki/User:Mr._Gilliglass?oldid=77232"
Community content is available under CC-BY-SA unless otherwise noted.