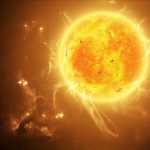 Hey there random strangers, I'm Axel, aka NukeStar, a car, rock music and videogame lover, and editor of this wiki since late 2015 (even though I actually started months before, but without using my account for some reason). Like 90% of this community, I exclusively play Asphalt 8: Airborne in the present (though I've played many older Asphalt games before). I'm also not playing A9, never. You will often find me wandering around the wiki looking for things to edit or posting comments in the forums. Now that you're here, have a look at some of my stats in A8 if you care:

With that out of the way, welcome to my incredibly average profile, random unknown visitors. You won't find anything cool or special in this page, but since you willfully clicked to be here, that must mean something, right...?

Whatever, no one's gonna read this anyway.

Cars I would like to see in Asphalt 8: Airborne:

These are cars I'd like to see included in A8. I'll be excluding bikes because they don't interest me that much and most of them look the same anyway. Obviously these will most likely never make it into the game since there are so many, but quite a few cars that were previously on this list actually did just that, like the Atom, Sarthe, Trezor, Alfieri, Sagaris, Falcon, SCG, Murciélago, i8, Panamera, ST1, XJ220, 720S, Carrera, 488 and Centenario. Maybe Gameloft looks at my profile from time to time? I'd say no, but who knows...

WARNING: That on the right is an EXTREMELY long list of more than 100 cars. If you don't feel like scrolling to the end... well, just skip it.

A fair bit of trivia and random facts:

So that's it, this is my little profile, which I will update frequently. If you've managed to make it all the way through to here, I congratulate you. I hope you were at least a bit entertained exploring and reading it.

See you on the road (once or twice within the next month, maybe).

I really am talking to myself, aren't I?

Retrieved from "https://asphalt.fandom.com/wiki/User:NukeStar?oldid=285176"
Community content is available under CC-BY-SA unless otherwise noted.